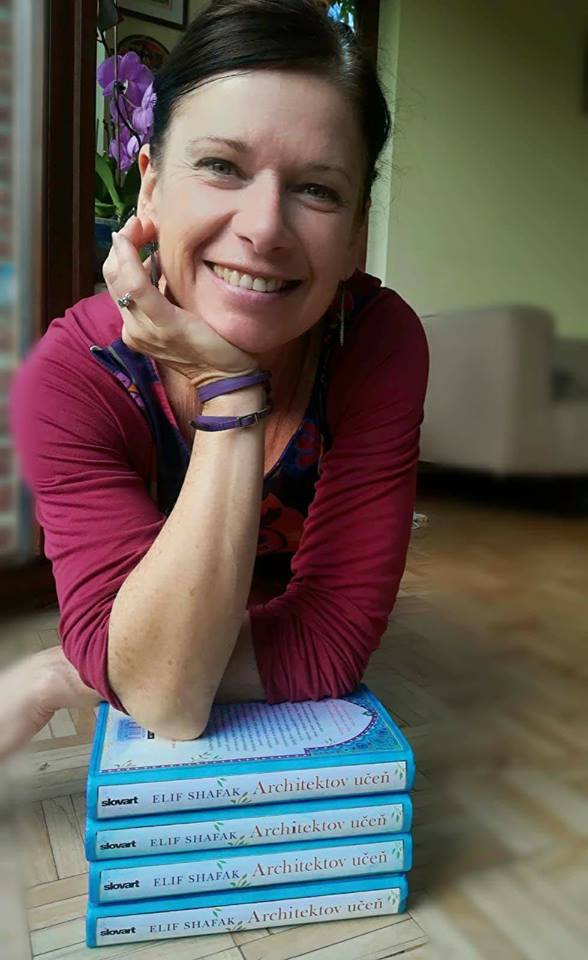 A Snapshot of Contented Translator

One of the best motivations to learn a new language is to fall in love with the user of the language. In my case Dutch.

I planned to take up Dutch/Flemish already for years, living in Brussels where a minority still speaks this language ?. The Flemish people in Brussels area are so fluent in English that I never felt the pressure, in fact. Outside the capital the situation is different. But on occasional trips to Flemish countryside I got by with a smile and pecking the index finger into the menu card. Once a lady sitting in a gorgeous place called Het Spaanse Huis in Tervuren (the Flemish speaking town just out Brussels) told me off for the attitude: “So, our talent for languages means you won´t try? You take pains to learn French but not Flemish?” I did feel ashamed. Not enough as to drag myself to a class. Or to a textbook. Until I found a man who opened a new door. And relief to start with a language that does not have a variety of ser as the core verb. Ser is a very common vulgarism in my native tongue. To be in Dutch is zijn. Soft sounding, more familiar, the structure of the language is closer to English/German, not so Latin bound. Slovak people often mock Dutch as impossible rattle of g´s, but I have always loved the sound. I never shared the craziness for French, spoken French seems so close-lipped, written French so impossible to get right. Deep where my language talent pride resides, I thought learning Dutch would be easy.

No, German does not help much in tackling it.

In fact, my boyfriend always recommends thinking more of English logic to get closer.

Yes, I am having a lot of fun learning.

When it comes to conversations, and some would say, it is an easy practice when you have a close one there, no, not true. The two of us have English in common as an intimate language, so practicing love-Dutch does not come easily; he must wait a long time for my sentence, then corrects it dutifully, but there is not much sense exchange, if you know what I mean. It will come. I am building it. Going to Dutch yoga lessons, reading Bruzz, the Dutch written urban agenda, discovering, getting the melody. The melody is crucial to be understood.

Still, when I order kip-curry at the local butcher´s shop in Tervuren, they politely listen and answer back in English. If they answer back in Flemish, I feel a surge of happiness. It does not happen often yet. It will. I remember, when I was starting with French, somebody asked me for directions in the streets of St. Pierre where we lived. I could not assemble the sentence, but I pretended I could: hands, Spanish, here and there a French word. The lady thought I was nuts. Never mind, I managed to get there. And I now speak and read French that I do not like very much.

Dutch, despite some roughness, sounds so gentle to my ears. It is physical as well, the muscles tuning to – producing different sounds, conveying love. The first sentence my lover taught me at one of the first dates was: Ik voel me goed met jou. Easy now, that day, head hazy with hormones, it sounded exotic, the end of the phrase as if coming from Chinese – met jou.

What is behind “a language talent”? I guess it has a lot to do with the openness to new things, openness to new culture and a different way of thinking that comes with the code – the language. Hence also the preference for certain languages. From Latin ones, I love Spanish, especially Latin American Spanish. Love for the literature is part of it. And despite the reputation, French literature was never my cup of tea. Dutch belles lettres? I do not know yet. Getting there to be ready for a story in original.

No, we never sound the same when speaking different languages, for me only one is the Master Mother Tongue. We adopt and discover new personalities, though. Isn´t it odd and natural at the same time?

As the writer friend William pointed out: A world lies between saying:

The subject and object are reversed, though without much thinking we decode it in the same way. Translating? Another immense labyrinth. As Umberto Eco said:

The new language of Europe is translation.